The Path of the Great Master Phramongkolthepmuni

The Path of the Great Master chronicles the life of the benevolent monk called the Most Venerable Phramongkolthepmuni (Sodh Candasaro) of Wat Paknam Bhasicharoen–a monk replete with noble character and  remarkable virtues. He lived his life with the resolute determination to pursue the Perfections in the footsteps of the Lord Buddha and to cultivate himself into an exemplary model in order to show Buddhists and humankind that Buddhism truly is the highest refuge for one’s life. Thus, the Path of the Great Master represents the seven important locations significant to the life of the Great Master Phramongkolthepmuni.

The Great Master was born Sodh Mikaewnoi on 10 October 1884 in Songpinong District of Suphanburi Province on an 8-acre land uniquely resembling two lotus flowers. It is surrounded by water and sits opposite Wat Songpinong. Sodh received his formal education at the age of nine from his uncle who was an ordained monk at Wat Songpinong. A few months later his uncle moved to another temple, Wat Hua Bho, and Sodh followed. After that Sodh went on to continue his study at Wat Bangpla under the tutelage of Luangpor Saap.

The Memorial Hall of Phramongkolthepmuni was built on this land by devotees of the Great Master. The hall has the feature of an octagonal mountain of gold and contains the chronicles of Luangpu’s pursuit of Perfections from youth until the final periods of his life. Enshrined within the hall is a gold statue of the Great Master where lay people can come to pay respect and be inspired by his remarkable virtues. 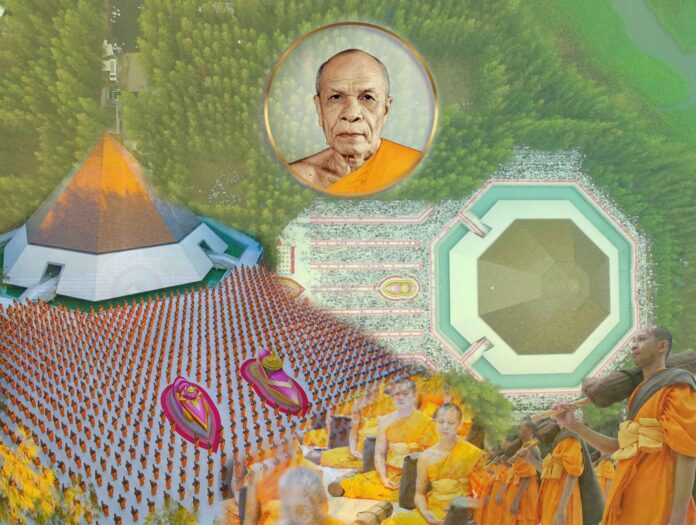 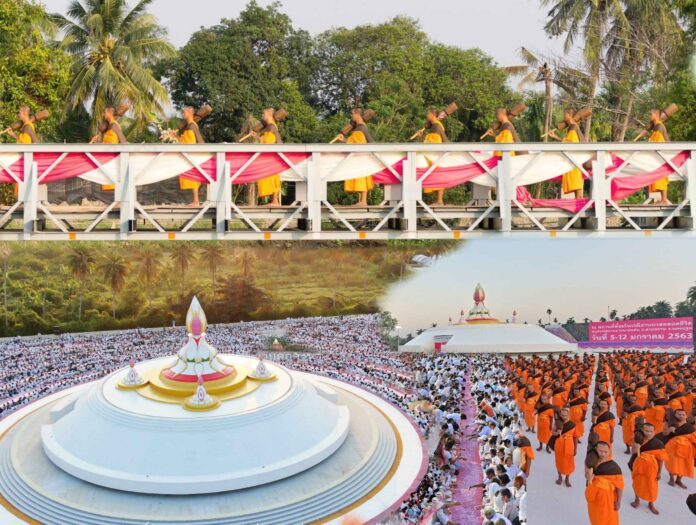 It can be said that there are only a few individuals who can resolutely decide to ordain as a monk for the rest of their life, because sentient beings are normally bound by defilements, especially those related to lust and desire, that imprison them to the endless cycle of rebirth. But those who are endowed with enough merit to comprehend the perils of family life will recognize the importance of renouncing the world and possess the willpower to live a monastic life that is free from sense desire.

For this reason, devotees of the Great Master decided to cast a gold statue of the Great Master and enshrine it within the memorial hall to commemorate the place where he made the earnest determination to ordain for life. It is a place where lay people can come to pay respect to an exceptional monk and bring blessing to one’s life. There is a proverb that says “honoring those worthy of respect and honor is one of life’s blessings”.

Wat Songpinong in Suphanburi Province marks the monastic beginning of the Great Master as a Buddhist monk. He was ordained in July 1906 when he was twenty-two years old and given the monastic name of “Candasaro Bhikkhu”.

Wat Songpinong has a long and rich history. According to historical records, it was first built during the Ayutthaya Dynasty around 1669 (2212 BE). The Great Master was ordained at Wat Songpinong in Suphanburi in July 1906 (2449 BE) when he was twenty-two years old. His monastic name was “Candasaro Bhikkhu''. The preceptor who ordained him was Venerable Dee, abbot of Wat Pratudarn in Suphanburi. Candasaro Bhikkhu spent his first Rains-retreat at Wat Songpinong before relocating to Wat Phra Chetuphon, also known as Wat Pho, to further his Dhamma study. 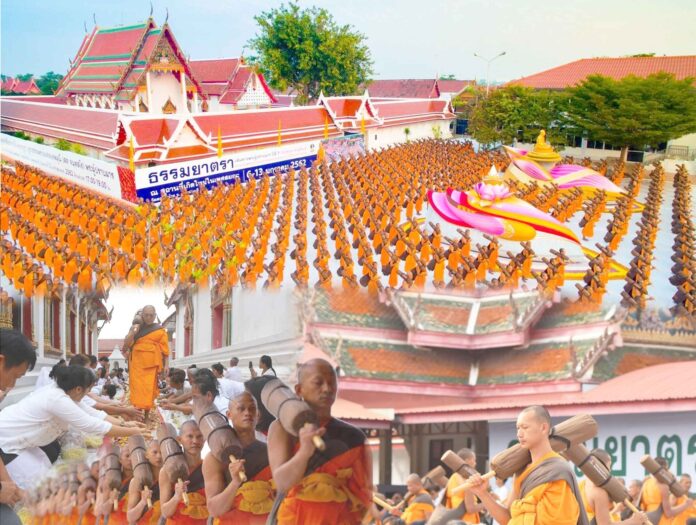 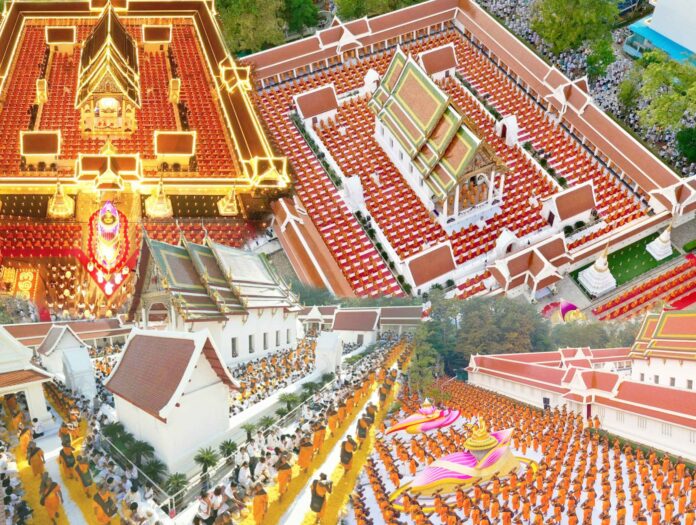 The 15th day of the 10th waxing moon in 1917 (10 October 1917) marked a turning point in the Great Master’s life. It was the eleventh year of his monkhood. He reflected on the fact that he had been ordained for eleven years and had never missed a day of Dhamma study and meditation practice, still he had yet to attain the Truth realized by the Lord Buddha. That day, he was determined to put forth his energy to meditation until he attained even a small portion of the Truth.

On that night, after several hours of deep concentration, Candasaro’s mind finally came to a perfect standstill. Going deeper he could see the transcendental nature of himself--a crystal clear “astral body” that resides within every human being. As his mind continued to be perfectly calm and still, several transcendental bodies appeared, one after another, each new one bigger, brighter, and more beautiful than the previous one. Until, finally, a supremely bright and pure image resembling that of the Buddha appeared. It is of the form of the Buddha sitting deep in meditation, the crest of his crown shaped like a lotus bud, an image brighter, clearer, more beautiful, and more marvelous than any Buddha image in the world. This was ‘Dhammakaya’ --the Body of Enlightenment. Feeling elated, Candasaro muttered to himself:

“Ah, it is so hard like this...how can anybody perceive it? Perception, memory, thought, cognition...all these things must come to a standstill and be united at one single point. Once the mind “stops,” these things cease to be. Once they cease to be, attainment can be realized. This is where the link is. Everything must come to the right point of balance before attainment can happen.

On 10 October 1917, after having attained Dhammakaya that evening in the chapel of Wat Bote-bon, Candasaro continued to refine his inner experience further until an image of a familiar-looking temple appeared in his vision. He recognized it to be Wat Bote-bon, the temple he went to study at when he was eleven.

After the end of the Rains-retreat, he bade farewell to the abbot of Wat Bote-bon and moved to Wat Bang-pla permanently to teach meditation and the Dhamma. After four months, three monks and four laypeople attained Dhammakaya. 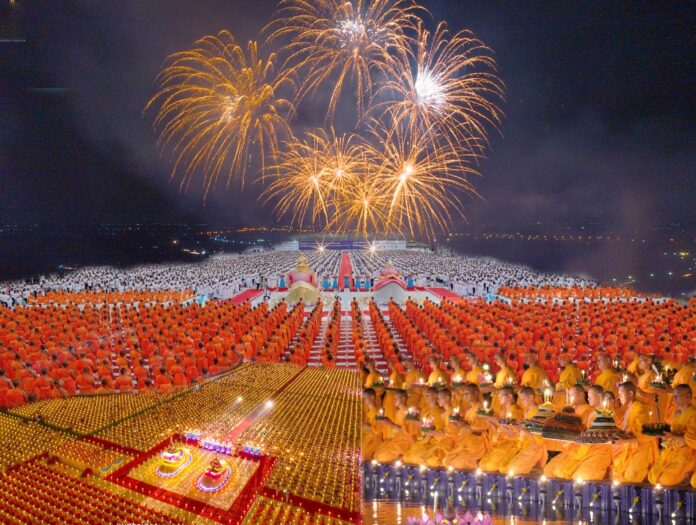 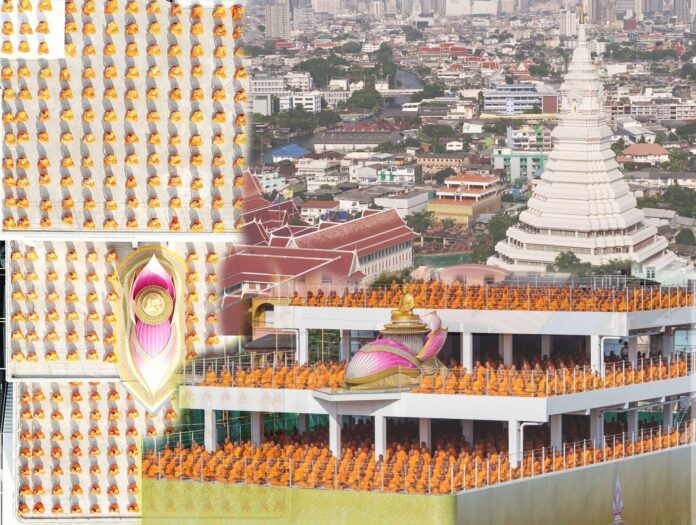 6. Site of the Advance Meditation Workshop and Propagation of the Dhammakaya Knowledge ： Wat Paknam is located in Basicharoen, Bangkok

Classified as a royal temple of the third tier, Wat Paknam is an older temple commissioned for construction by the monarch during the middle Ayutthaya period (1488-1629 CE or 2013-2172 BE). When the Great Master took over as abbot in 1918, Wat Paknam was almost half-deserted. He instituted rules in accordance with the Monastic Discipline for everyone to abide by and he enforced these rules strictly. He began teaching Dhamma and meditation to the residents of the temple as well as the general public on a regular basis. Eventually, he raised the status of the temple to become one of the most sought after teaching institutes for scriptural studies and meditation training in the country.

Although managing the temple was a massive undertaking and the daily affairs were plenty, the Great Master never strayed from his meditation practice or the propagation of the Dhammakaya Knowledge, because he believed this is the most important task. Even as the Great Master carried out profound research on the Dhammakaya Knowledge and taught others on the way to attain Dhammakaya, he dedicated his time to the meditation workshop reserved for the super-advanced meditators. He would select monks, novices, upasaka and upasika, to carry out the investigation of the spiritual world that lies beyond the path to Dhammakaya and to ultimately vanquish Mara.

In the past 50 years, Luangpor Dhammajayo have been earnestly teaching the Dhammakaya Knowledge that was re-discovered by the Great Master Phramongkolthepmuni (Sodh Candasaro). Countless numbers of people including monks, novices, upasaka, upasika, and lay devotees in Thailand and all throughout the world have had profound meditation experiences and been able to further explore and examine the Dhammakaya Knowledge for themselves. 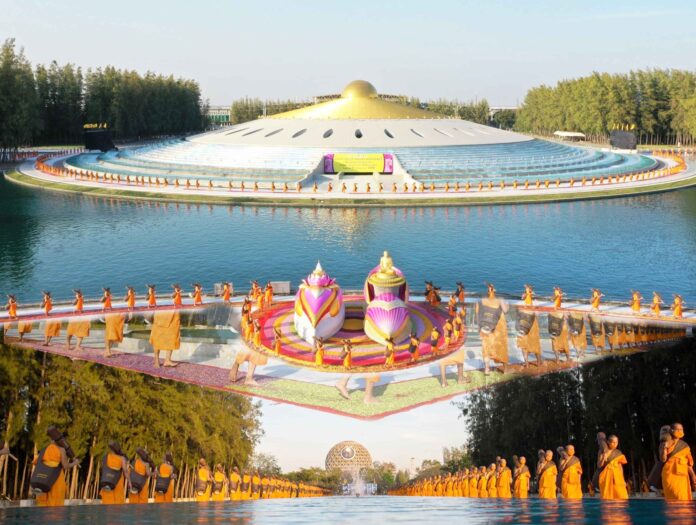